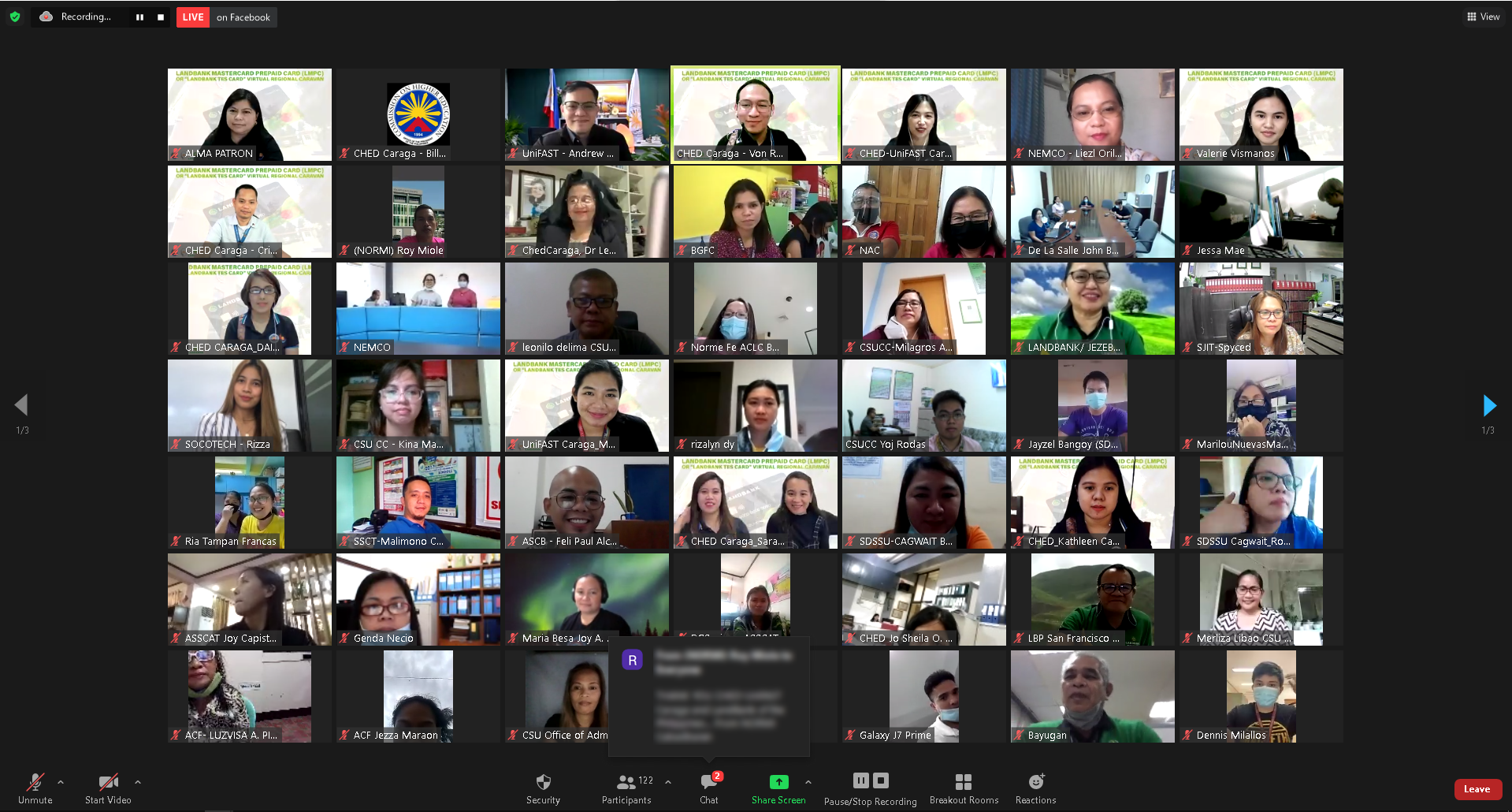 The caravan primarily focused on disseminating important features of the Landbank TES Card, presented by the Bislig Branch Head of the Landbank of the Philippines, Ms. Jezebel Caroline Cocoy-Cano, and the steps in applying for a Landbank TES Card, presented by the UniFAST OIC Field Operations and Partnerships, Mr. John Andrew Begafria. It also aimed to answer concerns raised by the stakeholders and TES grantees.

Portal access credentials were then disseminated on February 16, 2021 to the designated protection officers of the HEIs to ensure the confidentiality of the grantees’ personal information pursuant to the provisions of Republic Act 10173 or the data privacy act of 2012. As soon as the HEIs have distributed all the LBP credentials to the grantees and have completely signed in to the portal, the next step will be the processing period.

In his video message to the participants, UniFAST OIC Executive Director, Atty. Ryan Estevez emphasized the UniFAST’s partnership with the Landbank of the Philippines and importance of the Landbank TES cards to students as he said, “This creates a mechanism that is safer, faster, and easier for students to go to and get their stipends through Landbank.” He also left a reminder to the TES beneficiaries saying, “Kayo po ay inaasahan na mas maging inspirado pang mag-aral dahil sa tulong na ito ng pamahalaan, at gamitin ang inyong edukasyon para mapabuti ang inyong buhay at ng inyong pamilya, komunidad, at ng bayan sa hinaharap.”

CHED and UniFAST partnered with the Landbank of the Philippines to continuously support the grantees in completing their education especially in these trying times. With this project, quality tertiary education will be more accessible to the Filipino students in the country.